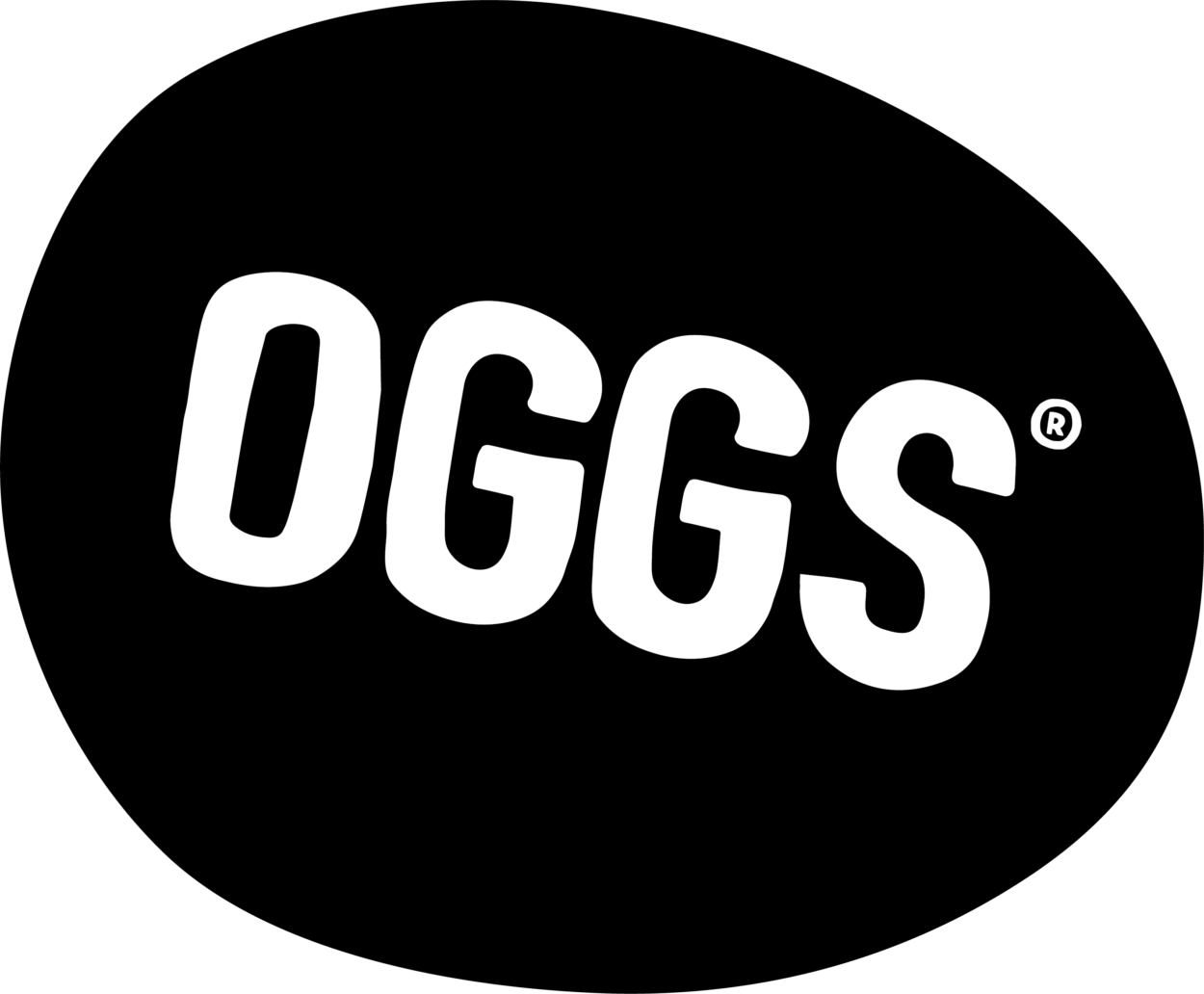 Back to All recipes 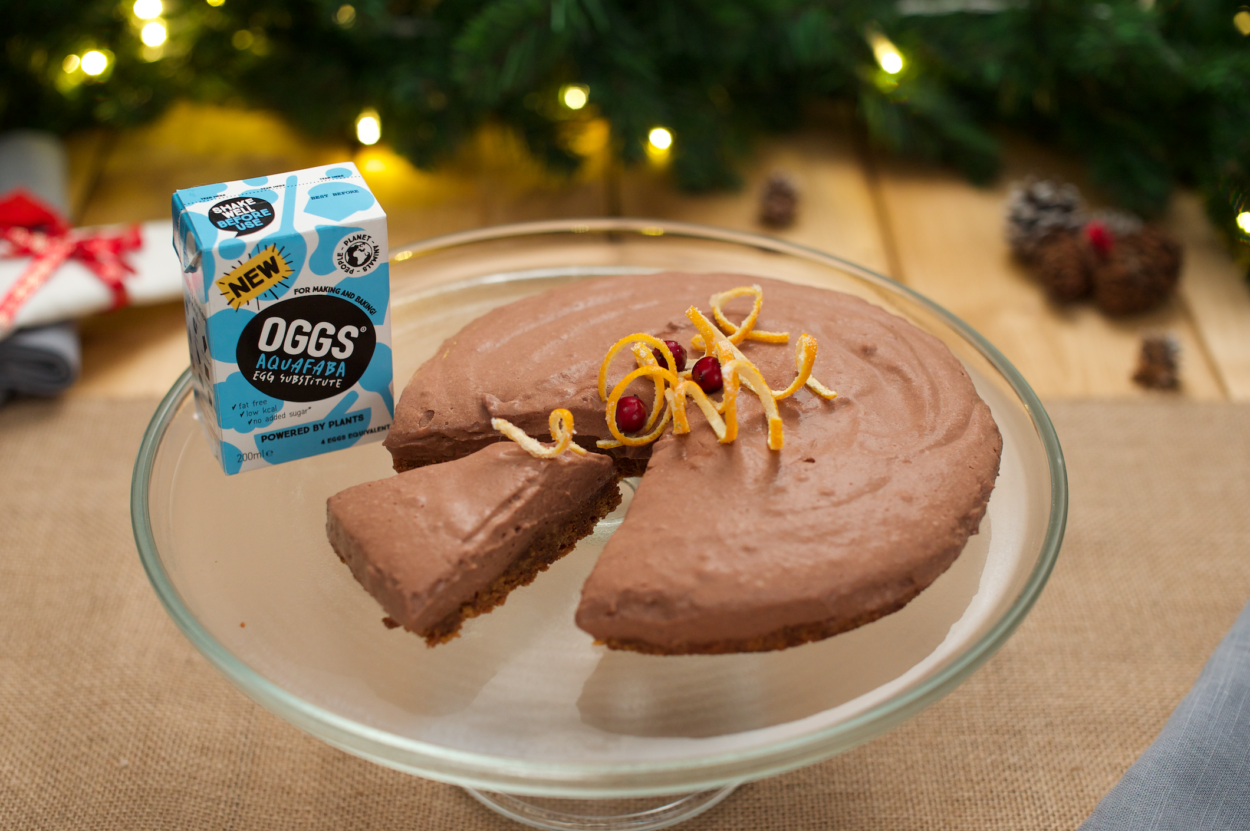 An indulgent chilled chocolate cheesecake thickened with creamy-textured chestnut purée, and lightened with whisked OGGS Aquafaba. Set on a chocolate and gingernut biscuit base, this makes an impressive celebration dessert. We like to use Doisy and Dam 70% chocolate. The Coconut and Lucuma flavoured chocolate enhances the coconut flavour of the dairy-free cream cheese and yogurt we used, but Orange and Goji berry or Maca, Vanilla and Cocoa Nibs would work brilliantly too. Any 70% vegan chocolate would work well.

1. Grease and line the base and sides of a deep 20cm loose-bottomed tin.
2. Bring a pan with 2cm water up to a very gentle simmer. Put the spread and the chocolate for the crumb into a bowl that fits snugly over the pan and stir it till it has melted. You don’t want to let any water get into the mixture.
3. Meanwhile, put the biscuits in a loosely sealed bag and crush with a rolling pin, or the base of a saucepan, or whizz in a food processor if you have one.
4. Stir the biscuit crumbs into the melted chocolate mixture and press into the base of the prepared cake tin. Pop into the fridge to firm up while you make the filling.
5. Now wash the bowl and melt the chocolate for the cheesecake in it over the same pan of simmering water, stirring to melt. Carefully remove from the heat and allow to cool slightly.
6. Stir the syrup from the ginger jar into the melted chocolate, along with the chestnut purée and mix until smooth; it will thicken slightly. Now beat in the cream cheese until there are no lumps, then finally stir in the yogurt until everything is completely combined.
7. Pour the OGGS Aquafaba into a large super-clean grease-free bowl and whisk for a minute or so with an electric mixer until it becomes frothy, forms soft peaks and is full of air. Spoon some of the whipped Aquafaba into the thick chocolate cheesecake mixture to loosen it, then fold in the remainder so that it is well combined with no white streaks. Pour it into the tin and smooth it carefully over the chilled biscuit base to the edge with the back of a spoon to give a level top.
8. Pop the cheesecake into the fridge and leave to set for a minimum of 3 hours or overnight if preferred.
9. When the cheesecake is set, carefully push up the base to remove from the tin. Carefully remove the baking paper. Transfer to a serving plate. Wrap the strips of orange around the end of a wooden spoon to make a curl then toss in a little bowl of caster sugar. Carefully arrange on the top of the cheesecake, setting a few cranberries in the middle, too.
10. Once decorated, the cheesecake will keep in the fridge for 1-2 days.

Get in touch with our Oggony aunt!
[email protected]
View Oggs® Aquafaba
Send us a fab recipe
Back to All recipes

Be the first to access our new product ranges, get scrummy new recipes, our weird and wonderful news and cheeky offers!